Farr Shares a Different Side of Martin Luther King Jr.

There's an academic side of Martin Luther King Jr. that few people know about. From John Locke to Immanuel Kant and Georg Wilhelm Friedrich Hegel, King studied them all and considered going into academia himself. 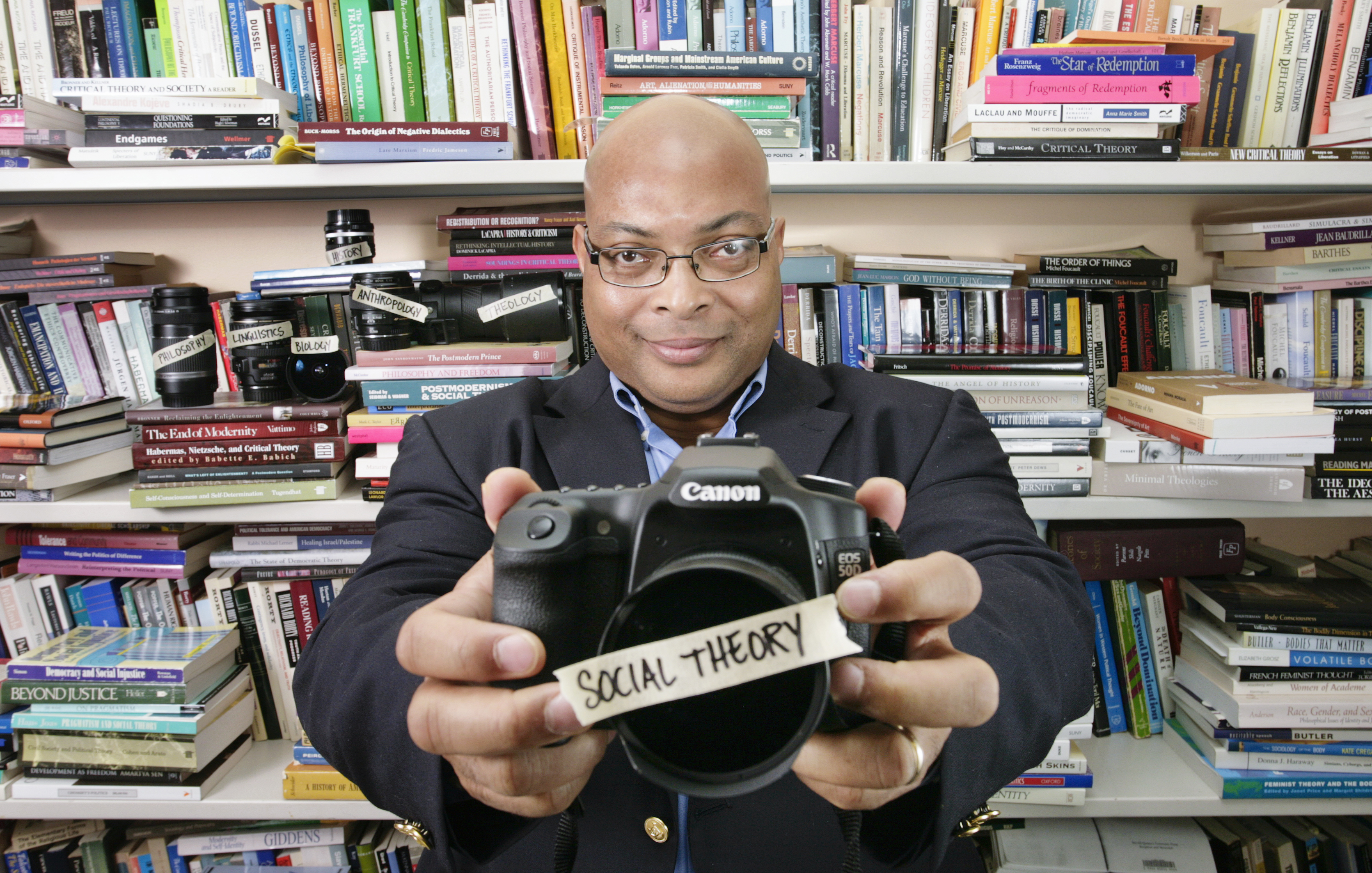 University of Kentucky philosophy Professor in the College of Arts & Sciences and the inaugural UK Martin Luther King Jr. Cultural Center Scholar-in-Residence Arnold Farr would like to bring this integral aspect of King's life to the forefront of discussion at UK.

To that end, he has initiated a MLK Scholar-in-Residence Series that begins at 5 p.m. today with his presentation “Forgetting King by Remembering King: America’s Dilemma” in the MLK Cultural Center in the Student Center. The series continues in October with a look at King’s thoughts on Vietnam and discussions of how his ideas apply today.

"I want to move the MLK Cultural Center into the center of academic conversation here at the university," Farr said. "A part of King's life has been left behind, and the whole nation is really behind."

According to Farr, a strong community of preachers and theologians, including Howard Thurmond and Benjamin Elijah Mays, were taking a fresh look at religion in the 1930s, 1940s and 1950s; these men became King's greatest teachers.

"King was taught by them and developed under them," said Farr. "Very few people know this side of King's life."

Farr is developing the new scholar-in-residence position one step at a time. In addition to this fall’s programs, he's planning a spring conference on King's philosophical development, among other programs, presentations and talks open to the campus and the community throughout the year at the center.

Farr's added focus will bring a stronger academic and deeper intellectual dimension to the work of the MLK Cultural Center through broader scope and greater depth in the ways in which the campus can engage in discussions around diversity and inclusion.

"I feel that, in a way, the MLK Cultural Center's new direction will help with race relations, because racism doesn't necessarily go away. It has a way of transforming itself, and right now it's just not as recognizable as it was in the 1940s or 1950s," Farr said. "There will always be forms of racism in one way or another, so it is important to analyze history, but also to look at the present."

Farr’s research areas include 19th, 20th and 21st century philosophy with an emphasis on social/political thought, German idealism, the history of Western Marxism, critical theory and philosophy of race.

Farr has published more than 20 papers on topics from race to German idealism to critical theory.  He is co-author and co-editor of Marginal Groups and Mainstream American Society, and his most recent book is "Critical Theory and Democratic Vision: Herbert Marcuse and Recent Liberation Philosophies."  Farr is currently working on three other book manuscripts.  In 2005, he founded the International Herbert Marcuse Society, which holds a conference every two years.

The newly established scholar-in-residence position is a two-year appointed term for a faculty member who will conduct and link the research in his or her discipline and to relevant aspects of the work of King. The position was created by the UK Office of Institutional Diversity and Inclusion and its Vice President Judy “JJ” Jackson and enjoys the support of all the university’s academic deans. Farr’s inaugural term as MLK Scholar in Residence is sponsored by Mark Kornbluh, dean of the College of Arts and Sciences.

"King's philosophical work offers us many important theoretical tools for dismantling racism and its long-term effects," said Farr. "As a society, we are dealing with both old and new racism. I think that the MLK Cultural Center can provide the intellectual tools and play a major role in this discussion."

An informal conversation with Professors Presbey and Farr on the contemporary relevance of Martin Luther King Jr.