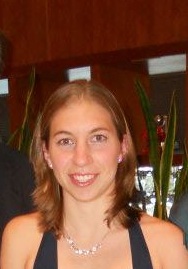 Elizabeth came to the University of Kentucky in 2009 and completed her MA in Classics in May of 2011. She earned her undergraduate degree from the University of Florida in 2009, with majors in Classics and English. Although she had been studying Latin during much of her time at UF and had always been interested in the ancient world, she spent the first four years of her undergraduate education focusing predominately on English, planning, at the time, to become a medievalist. In spring 2008, while taking a course on Vergil’s Eclogues and Georgics, she decided to pursue Classics instead, ultimately finding that Latin allowed for deeper and more meaningful study of the literature she had always loved. She remained in the Classics department at UF for a fifth year, studying Greek over the summer and a heavy load of Latin and Greek during that year to prepare for a career in Classics.

Her two years at the University of Kentucky were integral in strengthening her preparation in Latin and Greek language, and providing her the opportunity to read a variety of Latin and Greek authors, discover better her interests and goals, and grow as a classicist. While in the program, she participated in the Institute for Latin Studies. Having never studied Latin as an “active” language before arriving at UK, this experience was dramatically different from anything she had known before. It strengthened her Latin skills and made the literature feel alive and real. It further deepened her love for the Latin language - and for that she will be forever grateful. While at UK, she was also given the opportunity to read large quantities of Greek literature in two independent studies, one on the Argonautica, directed by Dr Rabel, during which she finished reading the entire Argonautica, and the other on the Odyssey, directed by Dr Phillips. In both of these were some of her fondest memories. By far her favorite experience in the program, however, was teaching beginning Latin.

Elizabeth is now a PhD student on fellowship in the Department of Classics at the University of Cincinnati, where she is specializing in Philology. She is currently taking courses in Latin and Greek, as well as in archaeology and ancient history. She hopes to continue studying Apollonius, and Hellenistic Greek literature more broadly, as well as its influences on the Latin literary tradition.